Skip to content
Home › About Us › Meet The Team › Sarah Henderson 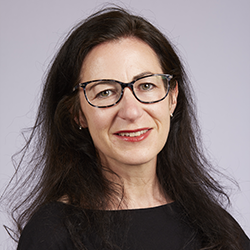 As an experienced Employment Law solicitor, I know the importance of having someone on your side to help you fight for a fair outcome.

I am an Associate Employment Law solicitor at the Brighton and Hove office and qualified in 2001. I have a wide range of experience having worked for the Government Legal Department, defending Government departments, and also for Thompsons, a large trade union firm, bringing claims for union members.

I have expertise in:

I act for large and small employers and employees from all works of life.

I spent ten years bringing claims for trade union members against their employers, including public companies and charities.

At the Government Legal Department I acted for central government departments, mainly the Ministry of Justice, defending employers against employee claims.

Acting on behalf of Employees:

Acting on behalf of Employers:

“Thank you so much for your work on my behalf. I do feel vindicated after a lousy experience last year. The money is great but the sense of justice is palpable.”

“Both me and my family are just so grateful for everything Martin Searle have done for me.

The support and care was unbelievable and I have always and will always say that without Fiona’s support I’m not sure I would still be here today. It was without doubt the worst period of my life and I was not only very scared but was very broken as well. I’m just so glad it’s all over. Sarah, you have been brilliant and I can’t say thank you enough.”

“I wanted to send a big thank you for assisting me through this difficult period.”

After gaining a degree in French, I passed the law conversion course, and the Legal Practice Course at the College of Law in London with Distinction. I qualified as a solicitor in 2001.

I worked for HMRC as a tax lawyer, before deciding this was not my vocation.

I volunteered at the Waterloo Legal Advice Service and at Tooting Legal Advice Centre which are drop-in centres providing free legal advice for the community.

I have a life too

I have two young children who keep me busy when I am not working. I still make it out to the odd gig (pre-pandemic) and I am a keen choral singer.

Get in touch with Sarah

I appreciate everything you did for me, when I was so vulnerable. You were all so kind, took so much … Read more…