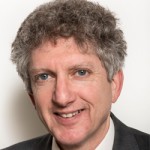 We are getting very close to the planned implementation of fees in the Employment Tribunal system, which will be charged to anyone lodging a claim. These are due to commence on Monday 29 July 2013. I say “planned” because at present there are two judicial reviews (one in England and one in Scotland) challenging the legality of the system.

However, unless the judicial reviews succeed – and at the time of writing it does not look like they will delay the implementation – we are about to experience a sea change affecting Claimants’ ability to enforce their employment rights.

There are two levels of fees for individual claimants depending broadly on the assumed complexity of the case.

An anomaly is that Equal Pay claims, potentially the most complex of all claims that an ET can hear have, due to a drafting error, been included with the “simple” cases. This will be addressed by amending the law.

Unfortunately the fees go beyond issuing a claim. To have cases heard Claimants will have to stump up a hearing fee of £230 for the simple claims and an eye watering £950 for the more complex.

There is a fee remission system under which fees can be waived if a Claimant receives a qualifying benefit, such as income-based jobseeker’s allowance. In addition there is a complicated procedure under which the fee can be waived or reduced dependent on income. However, unless remission is sought at the time the claim is lodged it will rejected unless the fee has been paid.

We consider fees to be a significant obstacle to obtaining justice. The fees are not automatically recoverable from the employer if the claim is successful and they will be a licence for unscrupulous employers to underpay by small amounts, since the value of the claim will be less than the cost of pursuing it.

So, if you are contemplating making a claim to an Employment Tribunal make sure it is lodged before 29 July to avoid these additional costs. Contact our specialist Employment Law team to discuss your case.