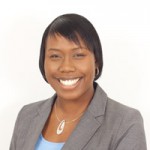 The life of an employment lawyer at Martin Searle Solicitors does not just involve drafting documents, negotiating settlements, preparing for Tribunal hearings and signing off Compromise Agreements. We are active in our local community, and part of that involves working with young people to encourage them to pursue a career in law, whatever their backgrounds.

To that end, I recently attended a Careers Speed Dating event at Holy Trinity School in Crawley. I attended with around 30 other business volunteers from Sussex. The purpose of the event was for students to guess what the volunteers did for a living by asking questions to which we could only reply “yes” or “no”. The first two minutes were spent with the students asking us questions and the second two minutes were for the business volunteers to explain their occupation, how they got into their role and what skills they used. We were not allowed to wear any uniforms or clothing that could “give away” our profession. I dressed down to avoid the stereotypical solicitor look.

It was interesting that the students I talked to made assumptions that I was unlikely to be representing a profession because of what I was wearing, and possibly because I am black and female. I believe it’s important for me to be involved in these types of projects so that stereotypes of lawyers can be broken down by young people before they make a choice about their career.

I thoroughly enjoyed my morning with the students and felt that they went away realising that a career in the legal profession is possible for all of those who work hard and strive for it.

I left the school with a feeling of personal satisfaction as I felt I had given something back to the community.