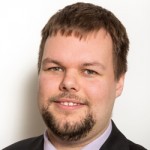 Although it was expected that there would be a drop in Employment Tribunal claims following the introduction of fees on 29 July 2013, it is difficult to determine whether this has actually been the case. This is because there was a sharp increase in claims submitted in June to try and avoid the fees regime. Statistics suggest a drop in the number of single claims, but at this point there are still many claims sitting in the Leicester processing centre awaiting payment of fees or a decision about a fee waiver.

However, in my experience I can see that vexatious and weak claims continue to be brought. These claims still leave employers facing the age-old dilemma of having to pay legal costs to defend them, or alternatively making financial offers of settlement, which can risk setting a dangerous precedent to their workforce. This is because costs aren’t usually awarded even if you win, as is the case in the County Court. It is only where the employee has behaved vexatiously on unreasonably that costs can sometimes be recovered.

Here are two of my most recent experiences in the Employment Tribunal where I was successful in obtaining costs orders against employee Claimants:

I acted for an employer in an unfair dismissal claim brought by an ex-employee. This employee was dismissed for misconduct after only 13 months of working for the employer, the first 3 months of which he was a temp-to-perm agency worker. The employer tried to get the claim struck out because its ex-employee lacked sufficient continuity of service to claim unfair dismissal. However, the employee also claimed unfair dismissal as a result of whistleblowing where there was no two year service requirement for continuity. Although the employee could point to possible protected disclosures, he was struggling to explain why these, rather than his conduct, caused his dismissal.

The Employment Judge not only struck out all his claims, but also ordered the Claimant, who was unemployed at the time, to pay almost 80% of the Respondent’s costs. The Employment Judge found that the employee should have paid attention to our correspondence. We had given him a reasonable timescale to withdraw without incurring any cost penalties, which he had ignored.[/tab]

The employer was faced with an entirely fabricated claim of constructive dismissal. This is where an employee argues that the employers breach is so serious as to enable him to consider himself dismissed. He also put in a genuine claim for holiday pay.

The employee alleged that his employer had physically threatened him and that this caused him to resign. This was in circumstances where it was always going to be one party’s word against the other. Despite some inconsistencies in the employer’s case, I persuaded the Employment Judge that the entire proceedings were vexatious and were brought simply to engineer a settlement. The Tribunal struck out all of the claims and ordered the Claimant to pay 75% of his former employer’s costs. In this case the Employment Judge commented that our threat to enforce costs had been entirely reasonable.

My employer client was delighted to have this employee’s vexatious claim struck out and also to receive a healthy costs order which covered nearly all of his legal fees.[/tab][/tabs]

Although costs orders against employees are still quite rare, if claims are defended properly they can play an important part in an employer’s armoury. My recent success rate should also give employers the confidence that fighting claims does not have to leave them out of pocket at the end of the process. More than that, it can allow employers to protect their business by sending out a strong message to those who are thinking about taking their chances by also making spurious claims.

I am a specialist employment lawyer based in our Brighton and Eastbourne offices. Over the past 8 years I have advised and litigated across the full range of employment issues with a particular specialism in discrimination and equal pay. Having trained as a barrister, I am able to represent clients at all stages in their case, including at trial. Within the community care team I deal with contractual disputes, I assist Professional Deputies with employment law issues, and I am able to advise on landlord and tenant disputes where required.