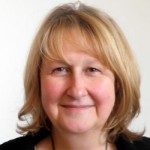 This week is Action for Brain Injury Week (13 – 19 May 2013), an awareness week launched by Headway and aimed at GPs to help them diagnose and appropriately signpost patients and carers affected by the often hidden aspects of brain injury.

And from the Isle of Wight comes a story of what can spring from the power of parental love when the phone rings and you know your child’s life – and yours – will never be the same again.

On this occasion we’re taking the unusual step of printing the verbatim transcript from an interview with Isle of Wight Radio as the strength of this message comes from what one particular mother, Joy Cleightonhills, has to say.

“It took the young vibrant man we had and gave us another vibrant man. He was at work, a piece of machinery fell and it took the top of his skull off and destroyed part of his brain. So, as a family we are seven years on now, and we count ourselves very lucky that we have a different young man but a happy young man.

“Kev had his accident and our life was put on hold. He was three weeks into a coma and they gave us only a five per cent chance of recovery and you really do go into a void in your life. And it wasn’t until he came out of the coma and they told us he would live that we actually started to live ourselves and we went and got a mainland solicitor and contacted Headway Isle of Wight to say ‘Where now? What do we do now?’

“He was still learning, he was still learning bodily functions that you’d teach a toddler. So when we came back to the Island, my background is that I come from education, I’m the learning co-ordinator at Brading Roman Villa, so I put all the resources, all my knowledge into trying to get my son’s brain to work – bearing in mind he’s probably lost a third of it. So, I just looked around to see what was out there in comparison to the mainland, I went to the Adult and Community Learning Fund, got funding from them and started training people to work with people like my son. And you’d be surprised how many there are on the Island, from a simple bump to a head to traumatic brain injuries that, because now they’ve done their bit in the hospital, they’re just in the community. So, we’re all trained first aiders, even severely brain damaged men. And I think I’d rather have one of them doing it, than someone who didn’t have a certificate. We’ve all got food hygiene and handling certificates and we meet monthly to support. Because you’ve got a brain injury, you have your intelligence, you’re just missing that cognitive jump ahead.

“So, for us, Headway on the Isle of Wight gave us a lifeline, and gave us a community that you could join and you could say, ‘Oh, you’ll never guess what he’s done today!’ and a mother will turn around and say, ‘You think that’s bad, mine’s…’ and a realisation that a lot of brain injured people become, because of a result of their accident, epileptic. So, being with people that say ‘don’t worry, they’ll come round, they’ll come out of it. Don’t worry that they don’t eat that anymore, of they don’t like that, or they’re angry, or they need to go for a sleep… I understand.

“We’re trying to develop a more complex network. I don’t know if you appreciate, there’s something like a 35-page document to complete if you want benefits. And if you’ve got a brain injury, it’s hard to do, so we add support like that. We have a telephone line, and I have had a lady just turn up, unable to speak and she said ‘he’s in a coma, he’s in a coma, what do I do?’ and so, we’re just that shoulder to cry on, somebody to say ‘right, let’s go Tesco, buy the smelliest bubble bath you can and go back and wash them’ because by you touching them, you’re making contact – both emotionally for yourself and for the person, and by adding smelly, you’re stimulating another part of the brain.

“I think that my Kev’s accident for us was a closing of one door and the opening of another. And both his dad and I are quite strong people and we were no good to man nor beast at Kev’s accident. But I feel that I could now support a mother, or support a father, or a wife, or a husband or a brother or a sister to say there is light at the end of the tunnel and you can do it. I just didn’t want to touch my son, didn’t want to touch him for fear of hurting him. But the minute you start massaging and bringing that bond back, because the one thing for me was – the minute Kevin drew his first breath to the moment I draw my last breath, I will be his mum. So, it’s just saying people ‘I understand how frightened you are, I understand how out of it you feel’, but you can do it. And we have to do it, because nobody else is going to take it away. And it’s one of things; until you’re in that situation – and you would not wish it on your worst enemy – do you appreciate what inner strength you have.”

If you or a loved one have been affected by brain injury, you can find out more about the support available at the Headway website. For those who might be concerned about the costs of caring for someone with a brain injury, or who feel their social and health care needs aren’t being met, contact us for a confidential discussion of your situation.

(Thanks to Emma Philo and Isle of Wight Radio for their permission to republish this interview.)