Skip to content
Close search
Home › Employment Law › Auto-Enrolment In Pensions: What You Need To Know

Auto-Enrolment In Pensions: What You Need To Know 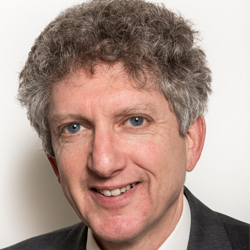 On 30 June 2012, new laws came into effect that will, over time, require all UK employers to automatically enrol eligible jobholders into a pension scheme. The Government hopes that the new scheme will reverse the trend of falling numbers of people saving for their retirement. Recent research from the Department of Work and Pensions estimates that automatic enrolment could almost double private pension income at retirement for employees who are starting now.

The new duties will apply to all employers in the United Kingdom but will be introduced over a five and a half year period starting on 1 October 2012, with larger employers being affected before smaller employers and new businesses. In fact, the first tranche of employers were allowed to bring forward auto-enrolment to start on 1 July 2012 if they wanted to.

“Jobholders” are not restricted to permanent employees and include temps and agency workers. Even casual workers and those engaged on zero hours contracts may count, depending on the circumstances. To be eligible, a jobholder must be between 22 and state pension age and must earn at least £8,105 a year (in the 2012/13 tax year), this being the same as the income tax personal allowance.

From the staging date an employer must automatically enrol its eligible jobholders in an appropriate scheme, unless a jobholder is already an active member of the employer’s qualifying scheme. An employer can use an occupational or personal pension scheme if it meets certain quality requirements or else enrol jobholders in NEST, the government established scheme. There will be an annual limit on contributions to NEST (£4,400 in the 2012/13 tax year), but this is due to be abolished in 2017. Transfers into and out of NEST are not allowed, though this will be reviewed in 2017.

Employers are required to contribute 3% of band earnings each year. Although this will be phased in over five years, the fear is that some employers will reduce or freeze pay rises to finance this expenditure, although this is more likely to be the case with smaller employers who are some way off being affected. For 2012/13, the qualifying earnings band runs from £5,564 to £42,475 (corresponding to the lower earnings limit and the upper earnings limit for National Insurance purposes). Jobholders have to contribute 5% of band earnings, also phased in over five years.

Jobholders who have been automatically enrolled in a scheme will have a statutory right to opt out. The Government will be hoping that large numbers of people struggling to pay their bills will not use this right to avoid their take home pay going down. Jobholders will also have the right to rejoin by giving notice but will only be able to do so once in a 12 month period. Jobholders who are not automatically enrolled (for example, because they earn less than the earnings trigger or are aged under 22) can opt in to a scheme by giving their employer notice requiring the employer to make arrangements for them to join. Again, they can only do this once in a 12 month period. In addition, workers earning less than the lower end of the qualifying earnings band can ask to join a scheme, but will not be entitled to receive any employer contributions.

Employers must provide information to jobholders (and other workers) about auto-enrolment, including details of the pension scheme that they are using and the right to opt out. The Pensions Regulator has provided an Employer letter template tool that can be used to produce correspondence.

Employers must not try to persuade jobholders to opt out of scheme membership or make job offers dependent on opting out. Employment protection measures have been introduced to protect workers from suffering a detriment and to make dismissals automatically unfair in connection with the new pension requirements.

The Pensions Regulator will monitor employer compliance and has issued detailed guidance. Employers that contravene the new duties will face compliance notices and penalties that vary according to their size. Large employers could face penalties of £10,000 a day. Criminal penalties could apply in the case of “wilful” failure to comply.

At a time when pensions are rarely offering more than a 4-5% return, and two-thirds of employees are not in any kind of pension scheme whatsoever, the reality for lower paid employees is that their small pension will merely lift them off potential means-tested benefits at pensionable age. A cynic might argue that this is just another way of taxing employees, through the back door, to pay for the costs associated with retirement.