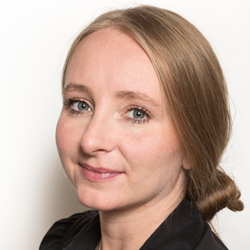 Martin Searle Solicitors are providing free advice to carers on 30 November 2012 to mark Carers Rights Day. This will be an opportunity for unpaid carers to find out what support and advice is available to them.

Every year over 700 local groups across the country get involved in Carers Rights Day. The annual event, organised by Carers UK, focuses on getting vital information to carers about the support that is available to them as well as raising awareness about the needs of carers.

There are thought to be around 6 million people in the UK who are carers – that equals 1 in 8 people. Yet many carers are missing out on millions in benefit payments as well as other essential help and support, for example:

Carers assessments arranged via Social Services should help to identify the needs of the person providing care. Local Authorities have healthcare duties and statutory responsibilities to carers which include safeguarding a carer’s health and well-being.

In 2009/10 the Information Centre for Heath and Social Care found that only 6% of carers said they had been offered a carers assessment and a staggeringly low 4% had actually been assessed. These are worrying figures, especially when you consider that carers save the economy £119 billion per year, an average of £18,473 per carer (figures from Carers UK).

The main carer’s benefit, Carers Allowance, is available to unpaid carers aged over 16 who spend at least 35 hours a week caring for someone who has substantial care needs. However, this pays just £58.45 per week – equivalent to £1.67 per hour, which is very low when you consider the demands and the stresses of the job, not to mention the vast sums that carers save the economy. Nevertheless it is thought that £720 million worth of benefits go unclaimed every year by carers who don’t realise they are entitled to them.

At martin searle solicitors we’re big supporters of Carers Rights Day, and as part of our commitment to raise awareness of carers rights locally, Cate Searle provides free legal advice at clinics at The Carers Centre in Brighton.

In showing our support for Carers Rights Day 2012, I’ll be providing free legal advice to carers at The Brighton Hotel on 30 November 2012 between 11.00 and 14.00. I’ll be joined by my colleague Matthew Grant, and together we will advise carers on a range of issues such as additional support and funding, housing issues, and employment rights for carers.

Under mounting pressure from businesses and opposition parties, Chancellor Rishi Sunak, announced on 5 November 2020 that the government’s Coronavirus Job Retention Scheme (CJRS) would remain open until 31 March 2021. While it would have been helpful for this to … Read more…