Is That It? Government Presents Disappointing Social Care White Paper 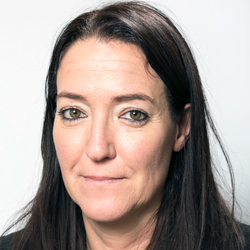 A year and a week after the publication of the Dilnot Commission’s Report in to funding long term care, Andrew Lansley, the Minister for Health, has broken the Government’s silence on this contentious issue. Mr Lansley has said this morning that people need clarity about what they will pay, and what the state will pay for long term care. Unfortunately, he did not offer any clarity this morning! As we await the White Paper, the indications are that it contains little of substance, is centred on a recycled loan funding system for care and that clarity is sadly lacking.

Initially the expectation was that the Government’s response would come out alongside the Health and Social Care White Paper. A draft Bill, based on the welcomed and sensible Law Commission recommendations from two years ago, was announced in the Queen’s Speech in May 2012, but it contained nothing on funding reform.

It is clear to anyone who receives or requires social care, to those delivering social care, and to those advising service-users and their families that no effective reforms to the current long term care system can take place in the absence of clear and radical decisions about long term funding. More than 7,000 disabled and elderly people have lost some or all of their state funded support at home in the last two years as a result of 17 local authorities withdrawing care for those regarded as having moderate level needs. Less than 14% of local authority Social Service departments now provide care to people with moderate needs, whereas six years ago 40% did. According to Baroness Wheeler, Local Authorities have had to cut £1 billion from current social care budgets. Meanwhile those who are privately funding care in a residential or nursing placement face increasingly high care fee bills, with little state support – perhaps qualifying for £108.70 per week for nursing needs from the NHS, with the Government even freezing the capital limit of £23,250 for the past two years – it is only when savings drop below this that they offer part funding.

More than a year on from Dilnot’s proposals, to learn that the only “new” thing that the Government is putting on the table is a Loan Funding system that is less favourable than the one currently in place is completely underwhelming. This is being trumpeted as a radical new move that means people will not need to sell the family home to pay for long term care. However, a Loan Funding System from Social Services known as Deferred Payment Agreements has been in place since 2002. They are discretionary, but I have never known a local authority to refuse to offer one, except in a case where the property had insufficient equity to lend against. They cover the gap between the private rate care home fees and the individual’s income. Most importantly, the current loan funding system is interest free during the individual’s lifetime. On this morning’s Radio 4 Today programme, it was reported that the “new” scheme will charge interest – so it is not only old news, but is a step back rather than a step forward from the current position! 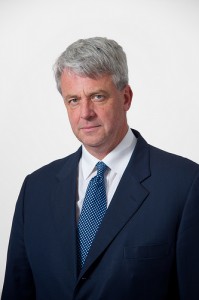 The Conservative party manifesto promised to protect older people from having to sell their home to fund residential care costs, and apparently 44% of pensioner votes went to the Conservatives at the last election. Many people are shocked to discover that the care cost element of residential and nursing placements is not covered by the state (as it is in Scotland) or by the NHS. I believe that voters who relied on this promise believed that they would be offered something different – a maximum amount that they would have to pay over their lifetime for long term care – and not a recycled loan funding scheme.

The burning issue for most people who are planning for or are fearful of needing long term care in their older age or due to disability was whether the Government would accept Andrew Dilnot’s recommendation for a cap on the amount that they have to pay from their capital and assets towards their long term care. At present, anyone with assets above £23,250 has to use all of their “surplus assets” – including the value of their home – to pay for long term care (unless they have a primary health need, in which case they may be one of the small number who qualify for NHS Continuing Healthcare). Mr Dilnot suggested a cap of £35,000 from capital, with the individual always contributing their income towards the “hotel element” of their long term care costs. A Department of Health Working Group in November 2011 suggested a cap of between £50,000 – £60,000. Economists have suggested that the cost to the Government of adopting this proposal would be between £1.5 and £2 billion each year – more than what Local Authorities are currently having to cut from current social care budgets. In a recent House of Lords debate, Baroness Hollis of Heigham brought up the interesting point that higher rate tax relief on pensions – as part of the total of £30 billion of tax relief – amounts to £7 billion a year and were that money ring-fenced and redistributed within the same age group it could pay for the proposals raised in the Dilnot Report three times over.

Today the Government have said that they are committed to a cap “in principle”, but have not announced what figure they will use. It seems unlikely that they will commit to a capped figure before 2015 at the earliest.

The Care and Support Alliance – an umbrella of charities – marked the one year anniversary of the Dilnot Report with some interesting research and statistics. They said that an ICM poll revealed that 89% of adults in England believe that older and disabled people should not have to bear all of the costs for support with every day care tasks, even if they have some savings; and that 68% feel that people who need support with basic tasks don’t currently receive enough support. They also stated that every adult in England has a 1 in 2 chance of needing care costing £20,000 or more during their lifetime and a 1 in 10 chance of needing care costing £100,000 or more.

The issue of long term care funding has always been polarised. The loudest voices are typically in the right-wing broadsheets which have for years complained that the current system penalises the middle class and those who have worked and saved, as against those who never did – apparently 24,000 families a year “lose their property and inheritance”. There is a huge public groundswell for free care for all from cradle to grave. At the other end of the debate, other commentators and bloggers recognise that there is a limit to what the state can offer, and argue that if the family want to preserve the legacy of the inheritance, then the family should look after their relatives at home; in other words, that the problem is where the family don’t want the care responsibilities but still want the value of the family home. Some have suggested that a figure of just £10 per week savings over a 40 year working life will cover the “average” £20,000 care cost

There are apparently some positive steps in today’s White Paper – national eligibility tests, to stop the postcode lottery; portable care packages, so individuals with care needs can move from one area of the country to another without losing a vital basic care package. In addition, there is a proposed investment of £200 million to be used to prioritise adapted housing to help people stay at home for longer. This is a great idea, but it will not work if Local Authorities continue to slash the amount and type of support they provide to people with care needs to stay at home. Meanwhile, as people are denied vital social care or as they put off social care decisions because of the cost, the pressure on the NHS through bed blocking, and otherwise avoidable acute admissions will simply continue.

The Government needs to go back to cross-party talks and come up with some clear and radical proposals to achieve a fair balance for long term care funding between the individual and the state now, not in three years time.

Cate has many years’ experience of representing clients who have disabilities, mental health problems or caring responsibilities across a range of legal issues. Cate’s specialisms include: Court of Protection litigation on Health & Welfare and Property & Finance; Mental Capacity law, including best interest decisions; Safeguarding adults at risk; Funding disputes with Health and Social Services (including NHS Continuing Healthcare, financial assessments and deprivation of capital).