Protecting Our Parents: Care At Home 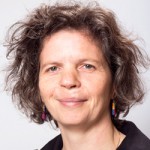 The current BBC2 series Protecting Our Parents raises important issues affecting older people as they become frail and need care. The programme has done a great job of highlighting the difficult decisions which they and their families – and the professionals – face, as well as reminding all of us that these issues affect real people on a daily basis.

The second episode, screened on Thursday 24 April, focused on an elderly, bed-bound patient who wanted to be cared for in her own home and supported to retain her independence. Issues were raised around her capacity to make the decision for herself, as well as the practicalities and costs of providing the level of care that she needed to keep her safe at home.

As viewers will have observed, assessing Mental Capacity is not a straightforward process and there may be disagreement between family members, doctors and social services staff. It is important to remember the fundamental principles that:

In order to “have capacity” to make the decision, the person must be able to understand the nature of the decision and to weigh up the consequences. They may be better able to make the decision at some times, eg earlier in the day, rather than at the end of a tiring day or after taking medication, or in certain settings. There should be no blanket assumption that someone “has lost capacity” to make any decision just because they do not have the capacity to make one particular decision.

If a person is found not to have capacity to make that particular decision for themselves, the decision is then made for them following the Best Interests principles set out in the Mental Capacity Act. This should involve professionals and family members putting themselves in the shoes of the person who lacks capacity, to agree what the person themselves would have decided if they had been able to do so. The person’s own views and wishes must be taken into account and a decision is made in that person’s best interests. If the person is found to have capacity to make the decision, then they are allowed to do so, even if their decision is a “foolish” or unwise decision which their family or the professionals would not have reached.

However, as the BBC programme demonstrated powerfully, the wishes of a frail and vulnerable person regarding their care, however clearly understood, may then run into the reality of funding constraints. Homecare packages can be extremely expensive and Local Authorities are increasingly capping their spending on homecare packages in line with the maximum they will pay for a placement in a residential care home.

A typical home care package, even for someone with a high level of need, involves a number of short care calls throughout the day and longer periods between calls, during which the person is at home without formal support and this may be regarded as presenting “too much risk”.

The result of this is that although everyone may agree that this person should ideally be cared for at home in line with their wishes, the funding which Social Services are willing to provide may simply be insufficient to pay for a suitable care package. Social Services should of course consider each case individually – the phrase “maximum care package” may be a convenient shorthand, but should never be regarded as a lawful definition or financial figure. It is possible to challenge the proposed care package and the funding decision. However, the reality is that if other sources of funding such as help from family members are not available, then the stark choice may lie between a package of care which does not provide the level of support and supervision which will keep this person safe, or a residential care placement which they are unwilling to accept.