Skip to content
Home › Community Care Law › What Can We Do About “Prisoners” In Care Homes?

What Can We Do About “Prisoners” In Care Homes? 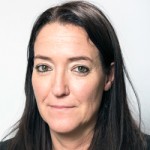 Deprivation of Liberty Safeguards (DoLS) are part of the Mental Capacity Act 2005 and were introduced in April 2009. They exist to make sure that people in care homes and hospitals are looked after in a way that does not inappropriately restrict their freedom. The safeguards should ensure that a person is only deprived of their liberty in a safe and correct way; only when it is in that person’s best interests; and only when there is no other way to provide their care or manage their Health and Welfare needs.

A House of Lords Select Committee Report published yesterday indicates that the system is failing vulnerable adults in our society in alarming numbers – and that tens of thousands are being kept effectively as “prisoners” in care homes.

The Report provides a robust and enlightening review of what has worked – and more importantly, what hasn’t – in the five years since the DoLS regime came in. Have we really learned nothing as a society since the case of Steven Neary – a brilliantly-fought and successful challenge to an inappropriate, unlawful and long running deprivation, with many hallmarks of state oppression, by his father Martin Neary – in which Hillingdon Social Services seemed to get almost everything wrong? The Neary case was brought when DoLS were still in their infancy – not that this excuses the local authority’s many failures. Do those with responsibility for making sure that the DoLS regime protects our most vulnerable adults still know about the case? Are Care Providers and Health & Social Services professionals keeping up with the flood of DoLS cases reported from the Court of Protection that remind us what we should and should not be doing?

Is the fact that we, as a society, are placing and keeping people in care settings against their will a new phenomenon?

No, it isn’t. In my 26 years work experience, first in the fields of Mental Health & Social Care and for the past 14 years as a community care law specialist, it was ever thus. That doesn’t make it right – but we have to understand that this situation is not, as some newspapers have suggested, the result of a badly drafted piece of Labour party legislation. The Mental Capacity Act 2005 is – as the House of Lords have suggested – a visionary piece of legislation. DoLS were introduced because the “system” that existed before their conception was woefully inadequate – for those with a specialist interest, read about the Bournewood Gap case, which explains as well as anything else the problems and the rationale that resulted in DoLS coming in to existence. The problem is that parts of the MCA 2005 and the Deprivation of Liberty Safeguards Code of Practice just aren’t being followed, implemented, resourced and enforced to safeguard vulnerable adults effectively.

Are we placing and keeping greater numbers of older people in care settings against their will?

Although there don’t appear to be any reliable statistics on this point (perhaps because it’s hard to reliably measure something that isn’t happening) I don’t imagine that the numbers will have increased significantly if the figures were to be “weighted” for an increasingly ageing population. However, it is not just older people who are affected. Other vulnerable groups, including adults with severe learning disabilities and adults with mental health problems but who don’t fall within the Mental Health Act 1983 legislation, are also being deprived of their liberty.

If there has been an overall increase in numbers, some of that may be explained by the fact that as the newspapers have stated, it is often much cheaper for Social Services to place a vulnerable adult in a care setting than it is to support that adult to remain independent at home or in a community environment. Many local authority Social Services departments have emphasised this stark reality with their 2014/15 Adult Social Care Budget cuts – in which they have openly announced that they will cap “care at home” costs to the equivalent of the rate that they would pay for a care home placement.

The budget cuts may well have a greater impact upon the older population than upon other and younger vulnerable adults, who may have a greater opportunity to call upon family time and caring resources to help keep them at home. An older adult with dementia who is a home-owner but with limited savings may need a Social Services financial input of say £400 – £500 per week minimum to stay at home. If they move to a care home, the value of their own home will normally be taken in to account and they self fund, so Social Services pay nothing to the care fees.

What do we need to do differently?

In terms of the current DoLS regime, the House of Lords Report suggests that we “rip it up and start again”. This may well happen in time – but those of us with an interest in legal provisions for vulnerable adults waited what seemed like forever for the Mental Capacity Act 2005, which came in with effect from October 2007, with the DoLS regime coming in only from April 2009. Any further refinement will take time. With the critical HoL report (2,000 pages of evidence collated over nine months) none of us – legal professionals, care providers (the “managing authority”), or Health & Social Services (the “supervisory body”) can afford to be complacent and wait for the changes to come in.

The current DoLS system may well be regarded as cumbersome and obscure, but when implemented properly and transparently, it can work to provide the very safeguards that it was designed to provide. In the months after April 2009 – when presumably professionals had received training – I saw many examples of care homes and Social Services getting it right with DoLS applications and authorisations. Inspiringly, this included Social Services working with care homes to help them arrive at less restrictive ways of providing care in challenging and complex cases, thus rejecting the DoLS application at least in part.

The current DoLS regime has to be enforced and policed properly. Training is fundamental – particularly about what amounts to a “deprivation of liberty”. We don’t want the system clogged up with unnecessary challenges. What is also vital is a proper understanding of what the least restrictive option is, and what ‘Best Interests’ really means. Over the five years since it was introduced, many care homes and Health & Social Care professionals seem to have allowed the rationale and necessity for Safeguards to fall off their agenda. I know of far too many Deprivations of Liberty that are not authorised. Every one puts the managing authority and supervisory body at risk of a claim for damages, quite aside from the damage that it does to the vulnerable adult and their family.

In addition to this, we need to properly resource the existing IMCA (Independent Mental Capacity Advocates) organisations so that they have enough people and time to actively support our vulnerable adults who lack capacity but have no family member available to help them challenge a Deprivation of Liberty.

The reality remains that many vulnerable adults will be placed in a care setting when they want to be at home, or when their family wants them at home. Sometimes this is a decision that has been properly established as being in their Best Interests, but often that underlying thinking about less restrictive alternatives and balancing risks with freedom simply hasn’t been undertaken. If we don’t listen properly to what the incapacitated adult wants, or make a genuine effort to understand what is in their best interests – not our perception of what they should want, nor what we would want if we were them – then no matter how many times we change the law, we will not change things for the better.

We should all be familiar with the lessons from the Neary case but despite far too many cases never reaching the Court of Protection there have been some pioneering judgements.

The case of Re: M involved a woman with a diabetic condition who refused treatment for it, as she had a fixed delusional belief that she did not require treatment, despite having mental capacity in most other areas of her day to day life. At times her refusal to comply with her treatment regime became life threatening. The Judge – Mr Justice Peter Jackson – did not criticise the NHS for placing her in a care home to secure her compliance with treatment, but he did allow her to go home, despite the risks. He said:

“If M remains confined in a home she is entitled to ask ‘What for?’ The only answer that could be provided at the moment is ‘To keep you alive as long as possible.’ In my view that is not a sufficient answer. The right to life and the state’s obligation to protect it is not absolute and the court must surely have regard to the person’s own assessment of her quality of life.”

Next week we will learn the outcome of the appeal to the Supreme Court in the Cheshire West case, which is examining what does and does not amount to a Deprivation of Liberty and when the facts of what appears to be a “restriction” tips the balance in to a deprivation. The facts of the case are narrow – involving a learning disabled man with challenging behaviour who is clothed in a body suit that zips at the back, to prevent him ripping and ingesting his incontinence pads – but the principles involved are much wider.

Cate has many years’ experience of representing clients who have disabilities, mental health problems or caring responsibilities across a range of legal issues. Cate’s specialisms include: Court of Protection litigation on Health & Welfare and Property & Finance; Mental Capacity law, including best interest decisions; Safeguarding adults at risk; Funding disputes with Health and Social Services (including NHS Continuing Healthcare, financial assessments and deprivation of capital).