Sussex Business Awards Boss Of The Year 2012 Is Cate Searle 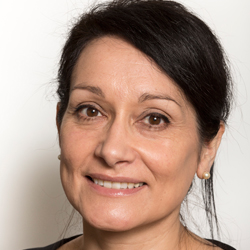 The weather was terrible on December 6th, but the cold and rain couldn’t dampen our spirits as I watched Cate Searle take to the stage to receive the Boss of the Year Award at the Sussex Business Awards.

The journey to that point started back in August, when I nominated Cate for the award. I only had 250 words to sum up why Cate is such a great boss, which was a bit of a challenge, as I had plenty to say about why Cate should be recognised for everything she does; not only for her staff, but also for her contribution to the community in a legal capacity, giving free advice clinics to local charities and organisations. I only told Cate I had nominated her after the fact, and true to form, Cate was suitably embarrassed and self-deprecating!

All of us at Martin Searle Solicitors were thrilled when we learned a few months later that Cate had been shortlisted for the award, and we kept our fingers crossed as the night of the award ceremony approached.

The Awards were held at the South Lodge Hotel near Horsham, a beautiful location for the event. Cate and I had some great company at our table including Paula Seager and Sandra Murphy from Natural PR, Nick Dunn from Boing Splash Media (winner of The Most Awesome Use of Digital Media Award) and representatives from Metricell Limited and ERG (Air Pollution Control) Ltd.

The food and entertainment at the event were lovely, thanks to Midnight Communications who organised the awards. We particularly enjoyed The Rockabellas, “today’s answer to The Andrews Sisters”, who kept hundreds of nervous and excited business people entertained. Thank you ladies!

After seeing several awards handed out, we knew the Boss of the Year announcement was approaching, and we were blown away when Cate was announced as the winner. Her achievement was made all the more impressive by the fact that her shortlist included five nominees, where all the other awards had only three. Cate doesn’t crave attention at all, but she made a lovely speech about the firm which only served as a reminder of just how much she deserved to win the award.

I’d definitely recommend local firms to enter the awards in 2013 – it’s a great night out and a fantastic opportunity to recognise the individuals and firms who make Sussex a great place to do business.