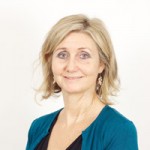 Before the response to the Resolving Workplace Disputes consultation was published, rumours began to circulate in the press that the use of “protected conversations” was going to be introduced. While the ambit of protected conversations was not spelt out, the idea appeared to be that “a boss and an employee should feel able to sit down together and have a frank conversation at either’s request”.

In other words, concerns about an employment relationship (such as an employee’s performance) could be addressed behind closed doors, with the parties unable to adduce evidence of the conversation in subsequent litigation.

This was my contribution to Practical Law Company’s ‘Protected Conversations – What Practioners think’:

“The introduction of protected conversations only offers protection to the employer. These type of conversations invariably revolve around the “take it or else” scenario. It is important for a Claimant to be able to rely on these conversations in order to show unfairness and in some cases discrimination. The current case law on this in relation to “extant disputes” is adequate. We can also foresee that factual disputes will arise as to what is, or isn’t, a “protected” conversation; more work for the lawyers then!”

Most lawyers were unanimous in their opposition to protected conversations, whether they worked for employers or employees.

In its response to the Resolving Workplace Disputes consultation the Coalition Government announced that it would rename Compromise Agreements as “Settlement Agreements”.

At the second reading the Business Secretary, Vince Cable, stated that it would give employers greater protection when offering Settlement Agreements outside the context of litigation. Evidence of such offers could not then be used as evidence in proceedings.

The current law provides the protection of the “without prejudice” rule. However, there must be a genuine attempt to resolve the dispute between parties.

The Employment Relations Minister, Norman Lamb, said that this would “give businesses the confidence to talk to their employees about bringing the relationship to a swift end”.

A BIS press release said that the offer could be in the form of a letter, but that Settlement Agreements should not replace performance management and that fair processes would still need to be followed.

Shadow Business Secretary, Chuka Umunna, argued that to allow employers to suddenly present their employees with a Settlement Agreement, before a dispute arises, would affect the trust and confidence inherent and essential in an employment relationship.

The provision will only prevent what is said during such discussions from being admissible in ordinary unfair dismissal proceedings. This means that both the fact and content of such discussions may be referred to in the following cases:

How workable will this be in practice? There is a certain unreality to the idea that you can ring-fence what is said in a meeting from its consequences.

Therefore, it would seem wrong not to refer to the contents of the discussion in the subsequent unfair dismissal proceedings.

In other words, the confidential discussion may have an evidential place in unfair dismissal proceedings which do not arise directly from the discussion and yet section 111(A) would prevent it from being referred to. Surely it is not sensible for section 111A(1) to have such far-reaching consequences, effectively removing what has gone on in the employment relationship?

Furthermore, section 111A(5) would provide that where a determination is made in other proceedings in which account was taken of the discussions, the tribunal may take account of that determination in unfair dismissal proceedings.

So it seems that the fact of (and possibly the contents of) the discussions may become admissible in unfair dismissal proceedings by virtue of this route and will have evidential weight in establishing an unfair dismissal claim.

Employers may well get caught out if what they assumed would never become admissible in a claim for unfair dismissal becomes admissible.

In circumstances such as cases of improper conduct, the Employment Tribunal will always have discretion about whether to apply the inadmissibility rule.

The Consultation included model agreements and letters and also suggested guidance as to how much it might be appropriate to offer. Whilst such tools might reduce the input required from lawyers it is unlikely to do so to a great extent since, as is conceded, each situation is different and documents will need to be tailored to address the circumstances. Moreover, in many ways the model agreement resembles existing compromise agreements.

Consultation on these Settlement Agreements closed on 23 November and it remains to be seen how the Government will respond. Acas has been asked to draft a code for their use and final proposals may be different.