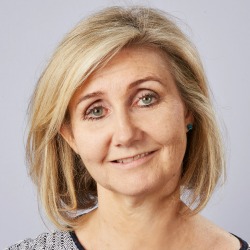 Earlier this year an Acas research paper into early conciliation reported that just over half of these cases were resolved under a COT3 Agreement, and there were high satisfaction rates with this process. COT3 Agreements are legally-binding contracts between the parties to settle actual or potential complaints to the Employment Tribunal.

Satisfaction with Acas should not be interpreted as claimants, particularly unrepresented claimants, getting the best possible outcome. Acas conciliation officers’ availability to broker settlements, prior to claims being made, is helpful. However unrepresented claimants can be particularly vulnerable when negotiating this type of settlement. Employers are likely to have had the benefit of legal advice, but with the demise of public funding, such as Legal Help, claimants with limited resources lack access to employment law advice. This means they are unable to make informed decisions before accepting an offer of compensation. When this lack of advice is coupled with employment tribunal fees, they can present a huge disincentive to lodging claims.

Employment Tribunal fees have resulted in a drastic reduction in claims since they were introduced in 2013. This is particularly the case with sex discrimination claims, which have shown a 76% drop. This is surprising, given the recent research by the House of Commons Women and Equalities Committee which published a shocking report in August 2016 that pregnant women and maternity returners are more likely to be discriminated against today than they were ten years ago.

These women face fees of £1,200 to have their cases heard. Many will lack the necessary finances to pay, due to having spent the majority of their maternity leave on statutory maternity pay, rather than their usual salary. Their situation was acknowledged by the House of Commons Justice Select Committee in June 2016, which recommended fee waivers for this group of claimants.

Many of these initial offers are less than these women would receive if they pursued their case at an Employment Tribunal. However, because the employer has to ensure that these agreements are signed off by a solicitor or adviser, and in most cases, offer a financial contribution towards legal costs, we are often able to negotiate better settlement terms with increased compensation.

This employer’s financial contribution ensures that claims are subject to a proper legal assessment, so that workers or employees know whether the sum on offer is reasonable and understand the risks and potential compensation available if they choose to make a claim.

This safeguard is not available for employees or workers offered COT3 Agreements. There is no good reason why this anomaly still exists. Many COT3s are similar to Settlement Agreements in terms of their content, particularly when the employer’s solicitor has drafted the COT3.

A fairer system would require the employer to pay for their employee or former employee’s independent legal advice, with a set financial contribution, when finalising a COT3 Agreement, in the same way as is standard practice when offering a Settlement Agreement. After all, the underlying principle is that for a Settlement Agreement to be enforceable, the employee or former employee must receive legal advice in order to be able to make an informed choice. This is because it is recognised that the employee or worker is in an unequal bargaining position when compared to the employer.

A starting point could be to set up a pilot scheme for women who are claiming pregnancy or maternity discrimination. This pilot could monitor on a confidential basis the compensation rates offered prior to legal advice being obtained and whether the input of legal advice made a significant difference to the final settlements.

This may go some way to reversing the current trend of rising pregnancy and maternity discrimination and would ensure that these women are being properly compensated.

In our experience, large compensation payouts are more likely to be a deterrent to employers who discriminate than protective legislation.

This article was first published as a blog for Practical Law Employment blog on 1 November 2016.