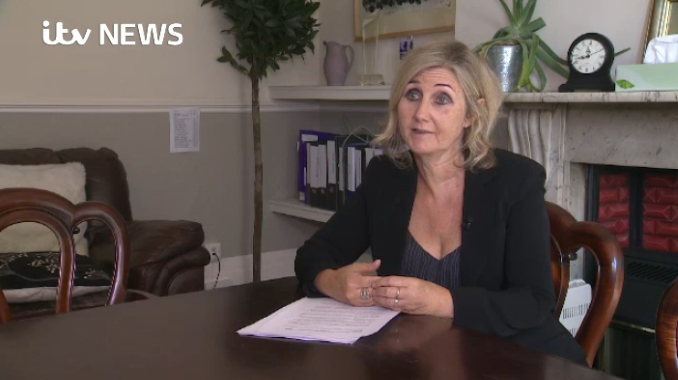 The House of Commons Women and Equalities Committee published a shocking report on 31 August 2016, highlighting that pregnant women and women on maternity leave are more likely to be discriminated against today, than they were 10 years ago.

Pregnancy and maternity discrimination is once again in the headlines and I was asked by ITV Meridian News to comment.

In 2005, the Equal Opportunities Commission carried out research, which they publicised through their campaign, Pregnant and Productive. This showed that more than 30,000 women had been sacked, made redundant or received unfair treatment at work due to pregnancy and maternity discrimination.

In 2015, the Equality and Human Rights Commission undertook further research, which showed that the number of women discriminated against had nearly doubled.

Our firm has campaigned to stamp out pregnancy and maternity discrimination since we started our law firm in 2004. Our employment lawyers regularly provide free online advice and telephone advice clinics for both employers and employees. But despite this, we know that these recent figures are just the “tip of the iceberg”.

This Committee’s report was particularly critical of the Government introducing tribunal fees and has called for a substantial cut to be made to the £1,200 fee for women bringing pregnancy and maternity discrimination claims.

We have seen a 65% drop in all employment tribunal claims, since the introduction of tribunal fees. When scrutinising decreasing claims made by women for sex discrimination, the impact is a lot greater, with a massive 80% drop.

There are a number of possible reasons for this:

The Tory Government has promoted itself as being “family friendly” yet it has become increasingly hard for employees to balance their working life with their family. Not surprisingly, the report is critical of the Government’s lack of effective and urgent action.

What is particularly depressing is the fact that our employment lawyers are now acting for men who have taken Shared Parental Leave, and who are also facing unfair redundancy, when they try and return to their job. The fact is that if an employer wants to unfairly dismiss their employee, the best time to strike is when they are absent and unable to defend their position.

The report recommends having a system similar to Germany where employees can only dismissed for a number of exceptional reasons from the beginning of pregnancy until four months following childbirth. These include where the business is going bust or the worker has been grossly negligent. This is a step in the right direction.

Other recommendations include the Government increasing the time limit for women bringing pregnancy and maternity related discrimination cases from three months to six months, and providing more protection for casual, agency and zero hours worker, to attend antenatal appointments.

Pregnancy and maternity discrimination has to be stamped out. We now know that the gender pay gap increases dramatically when women take time off to start a family. How can we persuade men to share maternity leave by taking Shared Parental Leave, to bond with their kids, if all we are doing is inviting forward thinking men to join a large group of women that have experienced discrimination?

It is a myth that women can have it all – bearing children has always come at a price. But these new statistics show that women are increasingly at risk of losing their job when they go off on maternity leave – and even if this doesn’t happen, they are likely to receive significantly lower pay than their male contemporaries, for the rest of their working life.

If you need expert advice and support on pregnancy and maternity issues in your workplace, contact our employment law team on 01273 609911, or email info@ms-solicitors.co.uk to find out more.